The reason this Butters & Bambi coast to coast trip is taking so long is because there are many places I want to see along the way. I had 20+ locations pinned on the map of the United States. It’s an ambitious route and there are days I don’t want to put any more miles on the car. Sometimes, I want to relax in one place.

There’s a momentum to this trip I can’t put my finger on. Since embarking on April 1st, there hasn’t been a chance to simply do nothing. I want to see as much as possible on this trip and experience what it’s like to travel cross-country in an Airstream. Each mile logged brings me closer to the goal of seeing another state. It’s important for me to touch down on the 20+ locations. And during these stops, I’m taking notes on where I’d like to visit again at a later date after settling into NYC.

As we were trucking along, one of the stops along was supposed to be Nashville. But after discussing this plan with our friends, Todd and Charles, we decided to bypass the city altogether and head toward Asheville, NC sooner rather than later. That day, we needed a break because in one afternoon, we managed to cross three state lines: Alabama, Georgia and Tennessee.

As we reached Chattanooga, Tennessee, I asked Jay to look up a place for us to stop and eat. Much to our surprise, there was a vegan restaurant near the Tennessee River. We took our dinner to go, leashed up the dogs and sat at a nearby park. After dinner, we strolled across the Walnut Street Bridge and watched the sunset. It was the first sunset I had witnessed during the trip.

Standing there with Jay and the dogs reminded me to veer off schedule once in a while and see where the path takes you. Diversions can be good.

Driving along the interstate is very direct and will get you where you need to go. And there are other times when side roads are more rewarding. 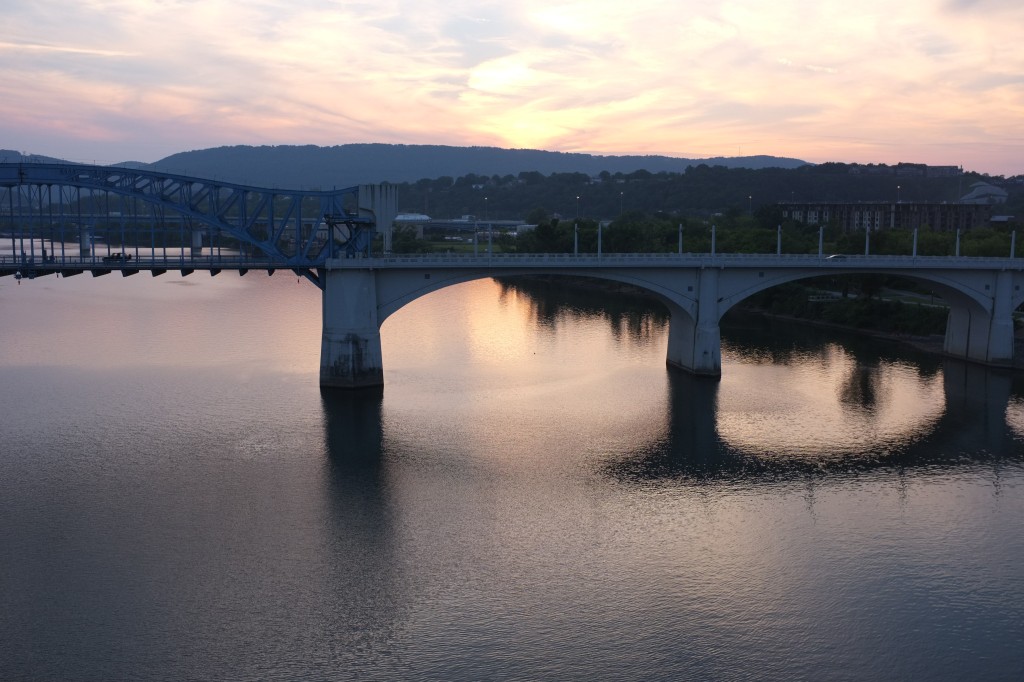