Butters, Bambi and my Dad’s DNA

On February 1, 2014, otherwise known as the beginning as the Year of the Horse, I kicked off a month long road trip…one I had trained for during the past 12 months.

I purchased Airstream “Bambi” the year before with the intent of exploring the United States. The desire to travel is part of my DNA. In fact, my Dad’s version of the American dream was to be able to drive around the US in an RV.

When my family first immigrated to the US decades ago, during one Christmas, I received an RV for my Barbie dolls. Rather than using it for Barbie, I wanted to shrink into it and drive off…somewhere…anywhere.

18 months ago, Apa’s heart began to weaken and the prognosis was dismal. So without hesitation, in December of 2012, I drove my VW convertible to the dealership, traded it in for a VW Touareg and began the hunt for Bambi. Within two months, I had a tow vehicle, a 19-foot Airstream and a sense of confidence that spurted from the depths of my soul. I spent every month teaching myself how to tow and camp in a 4,500 pound trailer.

Once I felt ready, I took my Mom and Dad out to Mount Shasta and then Lake Tahoe. That was our last trip as a family.

My Dad left this earth in December to explore another world.

I am 100% my Dad’s daughter. While I grieved his death, I searched for a way to continue to live Apa’s dream. To keep moving forward…guided by a vague sense of where to go. I didn’t know the specific locations. All that mattered was where I was starting from and where I would end up.

On February 1, 2014, Butters, Bambi and I started the month-long trip at Rancho Oso in Santa Barbara, an appropriate location. Before Apa got really sick, I took my parents to this sunny beach town. Apa tried to take a long walk to the beach and nearly collapsed. He said he was feeling greedy and wanted to reach the sparkling ocean before him.

And as much as I was scared about taking off for a month with Butters and Bambi, something pushed me to move forward. 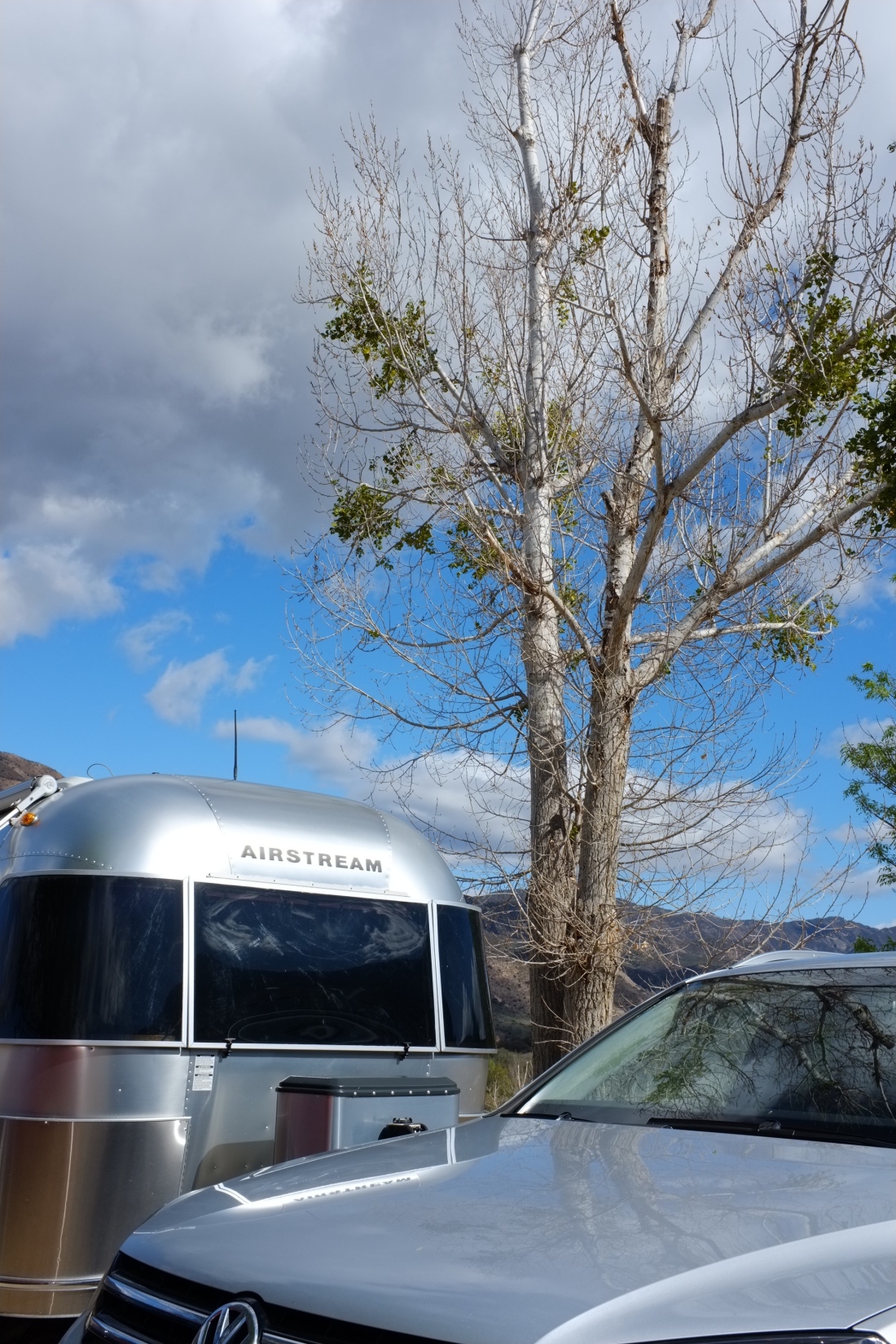